Mr. Waguespack grew up in Covington, LA, a small city on New Orleans’ Metro Northshore.  He has an ancestry that goes back more than 300 years in Louisiana which has help fortify a strong capacity to interpret a broad continuity of dynamics in society and business. He is prepared to utilize these insights broadened by decades of involvement in healthcare and education to serve clients and patients as Clinician, Pastoral Counselor and Life Coach.  He is a Christian as well as an innovative problem solver who finds joy and deep satisfaction in helping others.

Richard completed a BA in Theology from Spring Hill College, Mobile, AL (1983) but did not take on work in this field or enroll in a Seminary.  Instead he worked in real estate. After three years as a realtor in a family business and other self-employment, Richard transitioned to earn an MSW in Gerontology from Louisiana State University, Baton Rouge, LA (1988). His master thesis was an analysis of patterns of volunteer retention in stations aligned with the Retired Senior Volunteer Program under the auspices of the West Baton Rouge Council on Aging. Richard received the Kim-Witte Scholarship Award for winning an essay contest in gerontology (1987) and special recognition for Big Buddy volunteer work through the East Baton Rouge Family Court (1988).

In addition to post masters employment in Clinical Social Work with Pastoral Counseling for Hospice, Home Health, Parish and private practice (serving children, teens and adults), Mr. Waguespack taught Sociology as an Adjunct College Instructor for the University of South Carolina Spartanburg (1989) and a number of Social Work and Psychology courses for the Limestone College Block Program (Upstate SC) (1993-1996). Soon after, he served as a Campus Minister and World Religions Teacher at Pacelli High School in Columbus, GA (1996-1997).

From 1998 through the early 2000s Richard served children, teens and adults through Pastoral Counseling Services (Big Spring/Canyon/Amarillo, TX). This work included individual, marriage, family and career counseling as well as contract clinical social work in several nursing homes. He also produced online education in partnerships and independently through Waguespack Seminars (authorized by the Texas State Board of Social Worker Examiners since 1998).

From 2000-2006 Richard partnered with several schools to offer dozens of online continuing education courses covering topics ranging from coaching to history of family, to history of drug use, abuse and addiction to topics in geriatrics. Alliances included Texas State San Marcos’ Continuing Education Department and Austin Community College’s Health Professions Institute that awarded Richard a grant sponsored by the Texas Workforce Commission to secure two of many online CE courses for nurse education: One was Getting a Handle on Dementia: Disease and Treatment and the other was Treatment and Documentation in a Nursing Home.

He went on to teach high school Health Science Technology at San Marcos High School in San Marcos, TX (2007-08), Physics and Chemistry at Tulia High School in Tulia, TX (2008-09), and American and World History at Dalhart High School in Dalhart, TX (2009-10). In these teaching positions, he served as an H.S. Debate Team Coach, UIL Science Coach, and consultant for the School Health Advisory Committee. 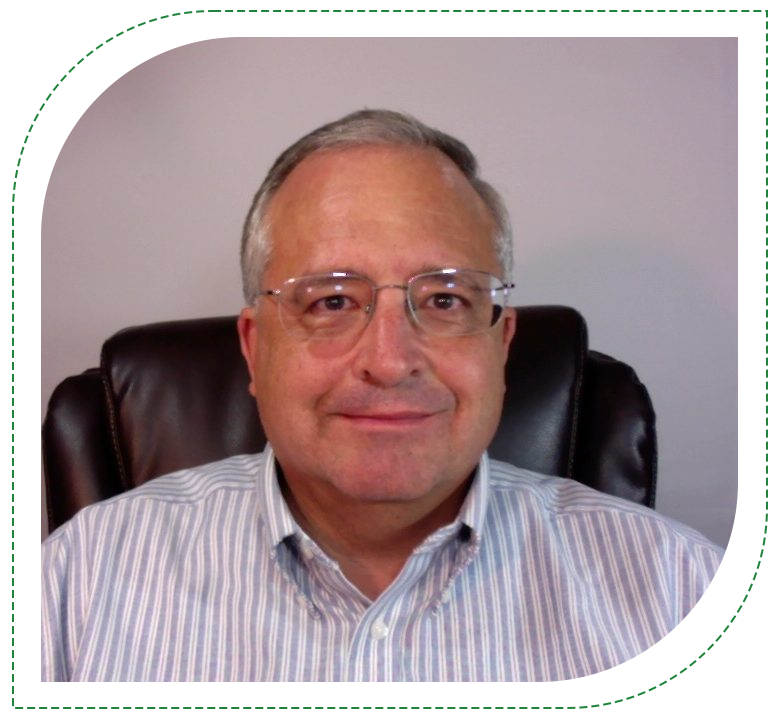 You can schedule an Intake appointment. through this link. If I am able to accommodate as requested, you will receive an email  to confirm.  If not, I will be in touch to offer alternative time. Looking forward to hearing from you!

After earlier mentioned period of public school substituting, certification training and teaching (2004-2010), from 2010 to 2012 Mr. Waguespack lived in the Dallas-Fort Worth area where he worked with Hospice and Home Health entities. He also participated in a wide variety of networking and training events sponsored by career development groups, corporations and professional associations. The most memorable include the American College of Healthcare Executives (FACHE), Association of American Physicians and Surgeons, American Society for Training and Development and Accretive Solutions. However, a longer list includes many lesser known organizations including a wide variety of Church sponsored career development groups.

Richard’s background supports a broad and fertile platform for pastoral counseling and psychotherapy, attending many areas of mental health!

–I worked as a counselor / adult educator at Prince of Peace Catholic Church in nearby Taylors, SC and have performed the work of a pastoral counselor throughout my professional career.

While living/working in Greenville-Spartanburg SC from 1989 to 1996 I laid the foundation for several areas of specialization:

–Worked in Addictions and Schizophrenia Units of Patrick Harris Psychiatric Hospital that also admitted young people that in some cases required treatment for Addictions and Schizophrenia.  I also treated at risk youth diagnosed with various disorders placed in Chestnut Hill Psychiatric Hospital and for a time in a state run youth shelter for juvenile offenders.

–Over the years in various contexts I have provided a substantial amount of addictions counseling to the present day.  In addition, I have occasionally treated patients in Schizoprhenia spectrum as well as phobias, eating and personality disorders.

–I had a private practice where I saw patients in various categories but a subspecialty consisted of serving a  number of patients suffering from multiple personality and related dissociative disorders.  In order to learn as well as confirm or modify my approaches I attended a national conference on Dissociative Disorders in Washington, DC.  I found that the clinical experience of nationally recognized providers strongly correlated with my own successful orientation. At one point I considered the possibility of working with a Dissociative Disorders Unit in Asheville, NC about 2 hours north of Simpsonville, SC  where I lived in the later part of this period.

Since Gerontology was my main specialization at the LSU school of social work and my resume notes a number of jobs in this venue, including nursing home, home health, transitional care unit and Hospice, I need not explain further.

This has been a staple feature of most of my clinical work from the earliest periods to present. 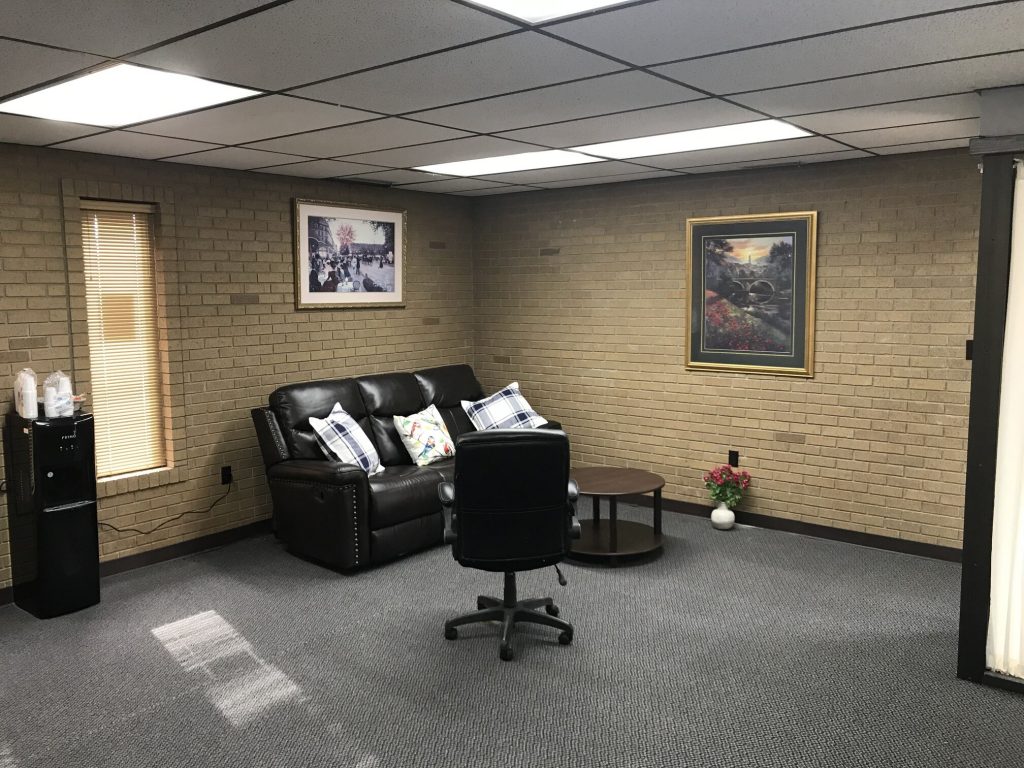 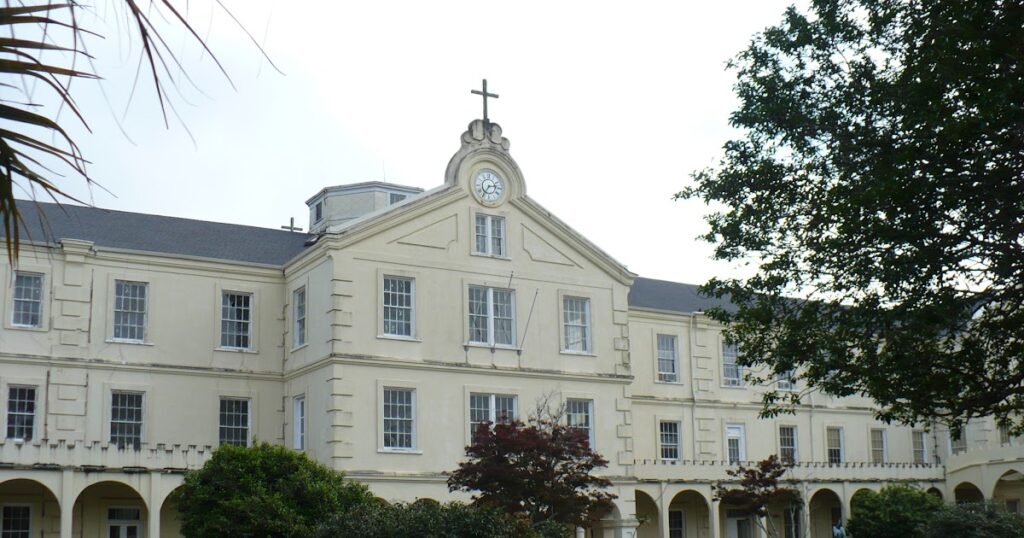 Richard attended Spring Hill College (founded in 1830) in Mobile, AL.  It is the oldest Catholic College in the South and the 5th oldest in the United States.  As an upperclassman, Richard taught a study skills and orientation course for freshman for college credit and pay, served as a peer counselor, freshman orientation leader, and logic tutor.  As a member of the Knights of Columbus and independently, he worked with displaced youth in a couple of shelters in the city. He graduated in 1983 with a BA in Theology.

Mr. Waguespack attended the LSU School of Social Work between 1986-88 and graduated with an MSW with a specialty in Gerontology.  He then lived in NC and SC for a number of years before relocating to AL and shortly after to TX.  The LCSW was initiated in SC in 1992 and has been validated in AL, TX and OK.  He has been authorized as a CE provider since 1998 by the TX State Board of Social Worker Examiners.

Check out this page and Richard’s LinkedIn Profile for more background information.

Having personally struggled all my life with the “gift” or “trait” of ADD, I am in a very good position to help others successfully navigate this condition.   EFFECTIVE COUNSELING COMBINED WITH STRATEGIC PLANNING, COACHING, ONGOING EDUCATION AND WISELY INVESTING EFFORT TO FOSTER INSIGHT INTO SELF, OTHERS, SYSTEMS AND COMPATIBLE ALIGNMENTS WITH WORK AND SOCIETY IS THE WAY TO GO!  Careful management of medication, diet and health is also very important!!!  Much more to say!

As a very young person (11-16), I owned and operated a little bird farm (hatching, raising and selling pheasants, quail, ducks and chickens) as well as helped my father with sheep, cattle, crops and overall farm maintenance (he had two farms in additional to our suburban residence in Covington on the north shore of New Orleans.  I also worked in a number of restaurants 14-18. In college I followed my father’s progress in retail foods and in graduate school experimented with food sales.

I took economics and real estate at SHC and another course from Donaldson’s Real Estate School in New Orleans.  Near the time of graduation I was a licensed realtor who sold commercial, residential, rental, acreage and farm real estate. In addition, I was involved in recruiting and managing agents. For a time contemplating an expanded role in the industry, I spearheaded a separate company to produce a subdivision directory of Western Saint Tammany Parish.

Worth adding to earlier mentioned experience are stress management workshops I provided for a group of mid range employees through Right Associates (SC) and private prison employees through a Howard College (TX) grant (decades ago). From early on, I have often supplemented mental health and family counseling with career coaching, health education and related services.  I have long demonstrated a proclivity to serve in capacities matching those required by the EAP industry and should be considered a primary contact.  Though I have not earned an EAP designation, I am open to referrals and related opportunities to help optimize employee mental health and to facilitate optimal retention and other agendas to improve work, family and social life.

I am a responsible, innovative Counselor and Life Coach with a Christian orientation!